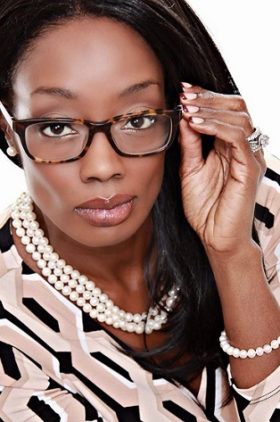 Tonier Cain-Muldrow is the former team leader for the National Center for Trauma Informed Care and current C.E.O. and Founder of Tonier Cain International. She has made significant impact in the world of trauma care, as she has earned the following titles:

Tonier Cain has also served as a global advocate and educator for others regarding trauma, addiction, incarceration, homelessness, substance abuse and mental health. Her dedication and inspiration has awarded her with the above listed achievements along with special recognition from two governors and a mayor on separate occasions, having days named after her as well as being the recipient of several awards.

Her Story: “Trauma and Recovery”

Tonier Cain takes an audience on a journey to places and subjects that most find too difficult or uncomfortable to fathom.  But it is Tonier “Neen” Cain’s joyous spirit and astonishing inner-strength that leaps directly into audience hearts, inspiring renewed hope and compassion for those still living on the fringes.

For two decades, Neen hustled on the streets of Annapolis, Maryland, desperately feeding an insatiable crack addiction and racking up 83 arrests along the way.  Rapes and beatings were a routine part of life; home was underneath a bridge or inside the locked cage of a prison.  In 2004, pregnant and incarcerated for violation of parole, she was provided the opportunity to go to a community trauma, mental health and addictions program. 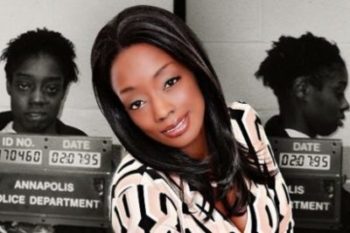 Feeling safe for the first time in her life, Neen confronted the haunting childhood memories that she tried to numb with drugs: filth and chronic hunger, sexual assaults by neighborhood men, routine physical and mental abuse dished out by her mother.  Realizing for the first time that she had been a victim, she began to heal and reclaim power over her life, embarking on a remarkable “upward spiral,” that has no limit.

Today, she is the founder and C.E.O. of Healing Neen Inc. She has worked for the National Center for Trauma-Informed Care, dedicating her life to being a voice for those still lost and still silent.  Traveling the world to give speeches and work one-on-one with women in prisons and hospitals, Neen continues to transform her own life while helping others to embrace her motto “where there’s breath, there’s hope.”

Swil Kanim, US Army Veteran, classically trained violinist, native storyteller and actor, is a member of the Lummi Nation. Because of his unique ability to inspire audiences to express themselves honorably, Swil Kanim is a sought-after keynote speaker for conferences, workshops, school assemblies and rehabilitation centers.

He travels extensively throughout the United States, enchanting audiences with his original composition music and native storytelling. His workshops, The Elements of Honor, are attended by people from all walks of life. 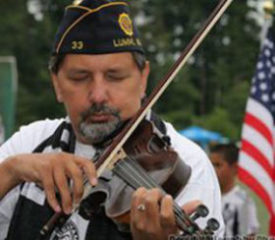 Swil Kanim considers himself and his music to be the product of a well-supported public school music program. Music and the performance of music helped him to process the traumas associated with his early placement into the foster care system.

Swil Kanim’s compositions incorporate classical influences as well as musical interpretations of his journey from depression and despair to spiritual and emotional freedom. The music and stories that emerge from his experiences have been transforming people’s lives for decades.

Who is Swil Kanim:

The Gift of Presence – TEDx Talks: 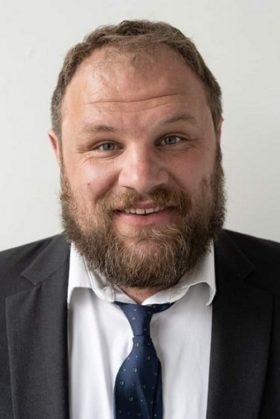 Sam Miller grew up in Rural Pierce County and moved to Olympia at the age of 14. He has lived in Olympia off and on since that time. In his 36 years on earth he has been a farm hand, a ranch hand, an inmate, a wildland firefighter, a dishwasher, a warehouse worker, an assistant preschool teacher, a chemical dependency counselor and a bouncer. He has lived with alcoholism and methamphetamine addictions since his early teens. He is now in recovery going on 10 years and currently a husband, father, student, outreach worker and comedian.

Sam has performed all over the west coast at comedy clubs and casinos. He won the Comedy On Trial Competition of 2016 in Seattle and competed in The Seattle International Comedy Competition in 2017. He has also performed with the Addicts Comedy Tour and at AA and NA conventions around the northwest. Sam has won awards in “The Best of Olympia” issue of the Weekly Volcano for three consecutive years. In 2016, he was named “Best Local Hero,” in 2017, “Best Local Celebrity,” and in 2018, “Best Comic Relief.” He has also opened for comedian, actor and writer Chris D’elia and comedian Laurie Kilmartin. 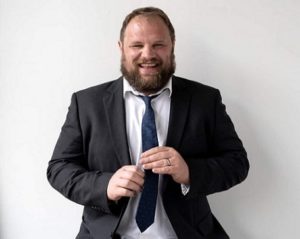 Articles and news stories about Sam (including “Vomity,” a show he founded, produced and hosted):

CREATES a safe space for youth to honestly evaluate the choices and behaviors that impact their future.

CONNECTS youth with resources in their community.

The mission of Unleash the Brilliance is to reduce at-risk behaviors, increase school attendance and increase graduation rates. We believe that, by empowering youth to make positive decisions, we can reduce the number of youth that get caught in the school to prison pipeline. 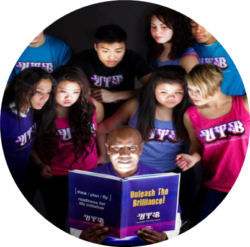